Turkey says it is institution-building through military training in Libya 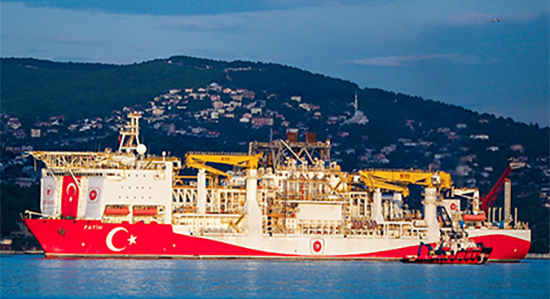 Too many factors — especially tensions with Greece — are at play to determine whether recent gas discoveries in the Black Sea will translate into massive commercial and political gains for Ankara.

Turkey may have reached a milestone last week in its dreams to become energy independent. Although the Erdogan government’s timeline appears dubious and there is understandable domestic skepticism, various technical, financial and political dynamics will decide whether Turkey will grab or pass this gas and oil opportunity.

On Aug. 21, President Recep Tayyip Erdogan announced a big find of natural gas off Turkey’s western Black Sea coast. While Erdogan addressed the nation during the live broadcast from Istanbul’s historic Dolmabahce Palace, Erdogan’s son-in-law and Minister of Economy Berat Albayrak, together with Energy Minister Fatih Donmez, joined the spectacle from the main deck of the Fatih drilling ship, which made the discovery. The event was suffused with nationalist and religious symbols.