Turkey says it is institution-building through military training in Libya

The coronavirus situation in Iraq and the Kurdistan region 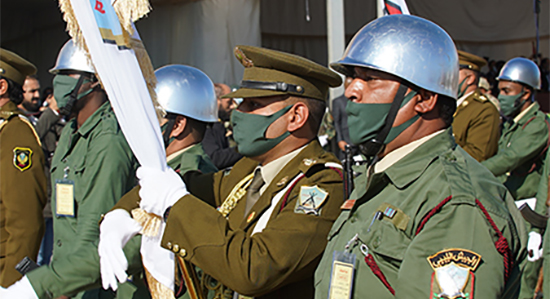 A new military training agreement between Ankara, Doha and Tripoli could have lasting consequences for Libya.

Turkey’s involvement in Libya has come a long way — from commercial diplomacy to proxy war and now institution-building. The new promise to build the Libyan army from scratch is what might set the Turks apart from many of the other foreign powers involved in the North African nation’s civil war. Future success in Libya, however, depends on Turkey’s ability to find more powerful partners—especially Germany and the United States.

The state-owned Anadolu Agency reported on August 17 that the defense ministers of Turkey and Qatar agreed to sign a deal with Libya’s UN-backed, Tripoli-based Government of National Accord (GNA) “to establish facilities … for military training and consultancy” and “send consultants and military personnel to Libya.” Essentially, Turkey will build and run a military academy to train officers for the GNA, turning its militias into a standing army. Since the fall of Mohammar Gadhafi in 2011, the Turkish Armed Forces (TSK) has provided training to GNA forces in the Turkish town of Isparta.